The next stop on our tour de creepy in my segment, Haunted Hotels London is none other than the Georgian House Hotel. The buildings have been up since 1851, standing the test of time, one of which, is apparently still hosting some of the ghosts who never left the 19th century. To be honest, it’s really cool that so many older buildings in England have withstood the war and the frequent bombings which happened. When you look around the city, you can still see damage from World War II that has been left as a sort of unofficial remembrance.

I keep wanting to check out the Imperial War Museum but it’s apparently closed until July, so that sucks. There’s so much history here, unlike where I’m from. It’s really interesting to me to see the evolution of England in artifacts and architecture. Anyway, back to the place, based on the Georgian House Hotel reviews I was pretty excited to go here, it seemed like it could be more promising for ghosts, and it had a bit more of a smaller and kitsch vibe to it.

Up to this point, my rooms have been more or less the same standard hotel, room, but when I walked into the Georgian House, I was greeted with a different design aesthetic: MODERN! This little family-owned bed and breakfast has definitely kept up with the changing times (i.e. centuries) and created a very clean looking and fun space. The staff was delightful, and it felt really refreshing to be in a hotel that was unlike the rest. 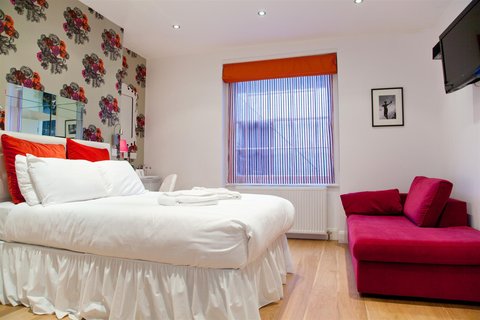 The haunting details: apparently back in the 80’s a group of children were causing a disruption in the hotel, but when the concierge checked, no guests had checked in that day and there were no children who had been staying. A decade later a woman said she saw someone sitting on the edge of her bed in the middle of the night, an old man to be precise, who ended up standing up and leaving the room once he was spotted. Other accounts list strange presences  cold air pockets, the chatter of ghosts, steps in an empty corridor, and other random happenings heard by staff and guests.

The ghosts of the children are said to be upstairs, because a manager, unknowingly spoke to them and asked them to stay up there as to not disturb the other people  in the hotel. Little did she know she was talking to…dun dun dunnnn GHOST BABIES. Anyway, the kids are apparently proper little Brits who stay up there and play, which is kind of cool I guess.

I told girl about my haunted hotels london adventure, and she asked me if I’d headed over to Whitechapel yet to go on the Jack the Ripper tour, and of course I’ve been WANTING to go. So I think tonight I’ll go, even though it might be a bit corny, it’ll at least be informative I’m sure. Anyway, the clerk told me that she’d seen a ghost briefly in the kitchen once, and she ran out screaming. I was told that the ghosts are generally harmless and seem to just go about their business here, there’s not much sinister paranormal activity in this establishment, which is totally cool with me.

So, as I went to bed, I felt like I was having a hard time falling asleep (they give you complimentary coffee and biscuits) so I tossed and turned a lot. I could hear brakes squeaking outside and the occasional footsteps of a porter or another sleepless soul. Once I managed to get to that delusional half-sleep, I SWEAR I heard a whisper in my ear, and I FREEEEAKED out. My heart was racing and I turned the light on, and scanned the room probably fifty times before I lowered myself back into bed–leaving the light on of course.

In the morning the concierge was so excited that I had an experience, she called over another co-worker and they looked so delighted that I got no sleep. Anyway, I’m not even sure if I was just hallucinating or not,  but I definitely got spooked, and I’m not sure I want that feeling again tonight. I do love this hotel though, it’s probably my favorite haunted hotel in London so far. 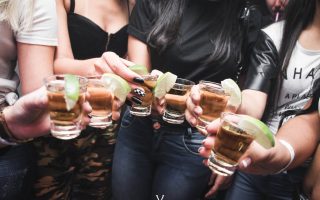 Planning a Bachelorette Party in Arizona 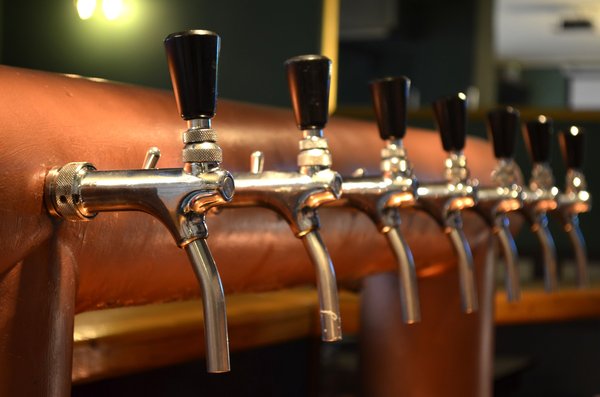